Projection was the defining element at the Austrian TV show to elect Sportsperson of the Year 2006. A decision was made to provide a very special cover for the tiers: cambered sails made from more than 2500 m2 NEVE projection foil. The screens, too, were anything but small: a central projection screen measuring 160m² and two lateral screens of 64m² made from DARK PEARL projection foil were the dominating elements on the show stage. The audience area was delimited at the rear by two projection horizons measuring 250m² each. Engineer Klaus Kretschmer designed the covers that floated elegantly above the audience tiers at the event organised by SIEMENS Bacon GmbH. The airy coolness of the design was underlined by concave sides and the irregular, elegant form of the sails. The light design's clear, glowing colours and impressive brilliance were made possible by the high luminance and excellent hotspot behaviour provided by NEVE projection foil. DARK PEARL projection foil was chosen for live projections as its neutral gray renders very natural colours with a high degree of contrast. The appearance of skin tones in particular is excellent. Every foil made in the TÜCHLER foil welding workshop has seams of an unsurpassed quality and fineness. The floor was covered with EVENTFLOOR dance flooring to give the acrobatic dancers secure footing during their demanding performance. Its mineral fibre inserts ensured the EVENTFLOOR dance surface neither buckled nor expanded under the heat from the spotlights positioned just a few centimetres above floor level. 2500qm NEVE projection foil 224 qm DARK PEARL projection foil 80qm EVENTFLOOR dance flooring 1 stage staircase, 4m wide Assembly 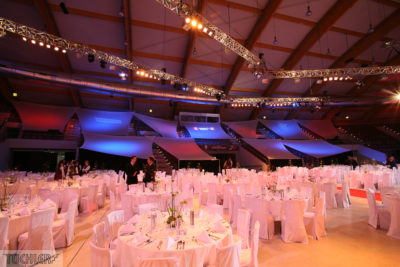 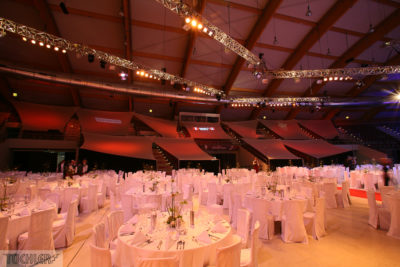 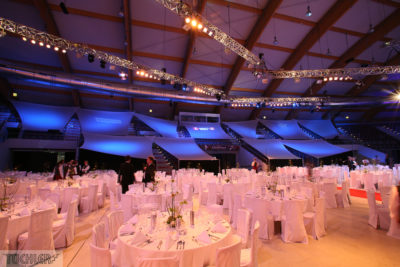 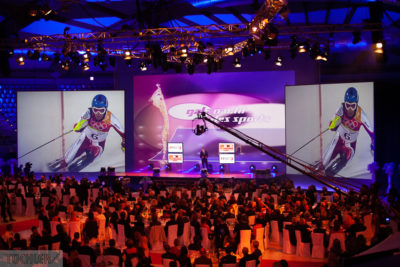 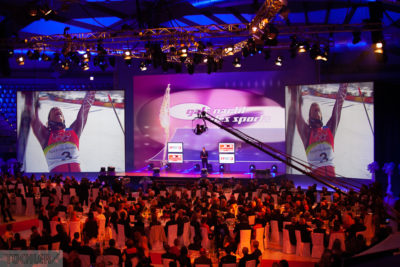 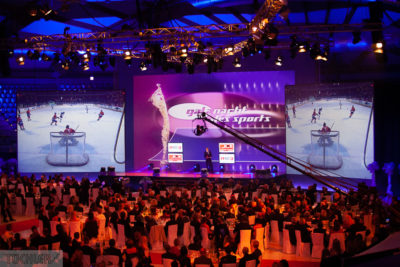 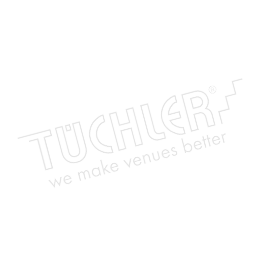 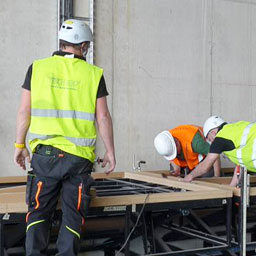 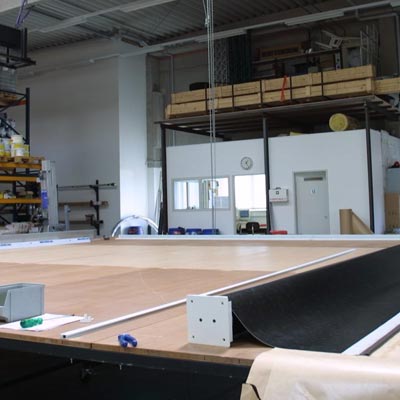 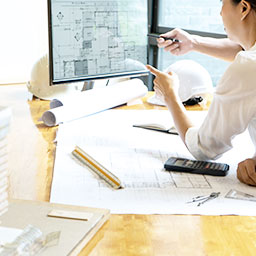