Cooperation between TÜCHLER Bühnen- und Textiltechnik GmbH and Eurotruss once again proved as effective as in previous projects such as the Pyramids of Tutankhamen and the alternative stage for the German Theatre in Munich. The result is the five special parallelograms that form the optical centre of the hall. The largest measures 20m x 16m, the two medium-sized ones are approximately 13m x 10m and the two smallest are approximately 6m x 4m; the XD traverse system was selected in each case as it can support 46 kg/m across a span of 20 metres despite its slim-lime design.

The parallelograms form three concentric units suspended on five levels. The two small and the two medium-sized parallelograms are suspended above each other at a predetermined distance. A combined front and back projection screen from the extensive range of TÜCHLER Bühnen- und Textiltechnik GmbH is stretched between the objects and tightened using a special welt tensioning system. The product "Neve" was selected on account of its outstanding projection picture quality and excellent back projection diffusion properties.

BGV-C1 electric chain hoists are used to move the inner and centre truss support systems. A BGV-C8+ was selected for the outer system; it is, for instance, in use in Poland's largest television studio. The hoists were optimised specifically for the intended purpose by TÜCHLER Bühnen- und Textiltechnik GmbH in cooperation with Olaf Brandt of German IBB. The control system is also made-to-measure – a fully programmable touch-panel control system with a user-friendly interface.

PA positioning to the left and right of the main stage

TÜCHLER Bühnen- und Textiltechnik GmbH developed a motorised PA positioning system that allows a travel distance of up to 10 metres to provide a flexible solution for stages of different sizes and different public address situation. The shape of the BA hall made the task more difficult as it accommodates diagonal but not horizontal travel. A modified bobbin hoist as used by TÜCHLER Bühnen- und Textiltechnik GmbH in the Savoy Theatre in Helsinki, for instance, lies at the heart of the system. The PA system can also be raised, lowered and the angle changed in addition to lateral travel.

The 32 metre long room partitions are a special development by TÜCHLER Bühnen- und Textiltechnik GmbH and fulfil a double function, as the name implies. They allow the hall size to be modified according to current performance requirements; however, the sound absorption function is as least as important. This effect is achieved through the use of a special covering chosen by the hall's sound technician from the range offered by TÜCHLER Bühnen- und Textiltechnik GmbH. Each element can, of course, be controlled and positioned independently.

The gastronomy area - and in particular the bar - is a major component of every event location. It has been designed to offer the same degree of flexibility as the other areas of the new BA hall. The entire bar is divided into six fully functional elements.

Each unit can be freely positioned at any point in the hall (the connections were installed in the floor during construction). The segments are equipped with heavy-duty rollers; however, they are also robust enough to allow transportation with a fork-lift truck. Refined surfaces (chromium nickel steel, District Dark decor panels and projection surfaces) were combined with robust substructures provided by TÜCHLER Bühnen- und Textiltechnik GmbH to provide a designer solution that is nonetheless completely suitable for any event. 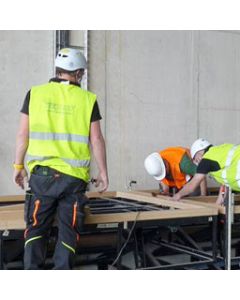 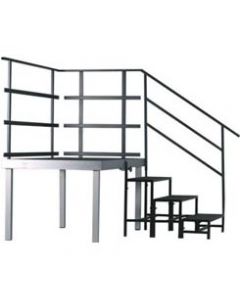 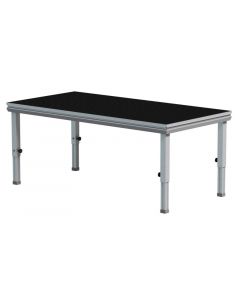 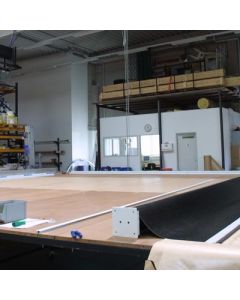 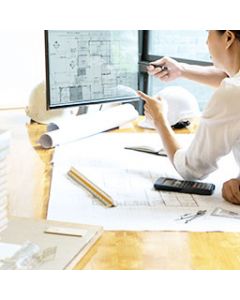 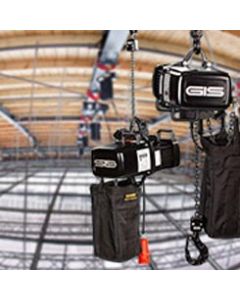